The lego ceiling train layout started out with a small loop(the most inner loop) and over the years it invaded more and more of the house.

It was built in 2005. In the beginning the track was completely fitted with 9 volt tracks since that were the only ones available at that time. When the RC tracks were introduced I bought a new RC train; The 7897 ICE legotrain. Because I didn't needed powered tracks anymore all the new expansions would become RC tracks.

In 2010 I was forced to remove the layout. Since then the house became used as a storage/workplace for my business. As of today I'm building a new most challenging version which of course will be showed here when it's ready. 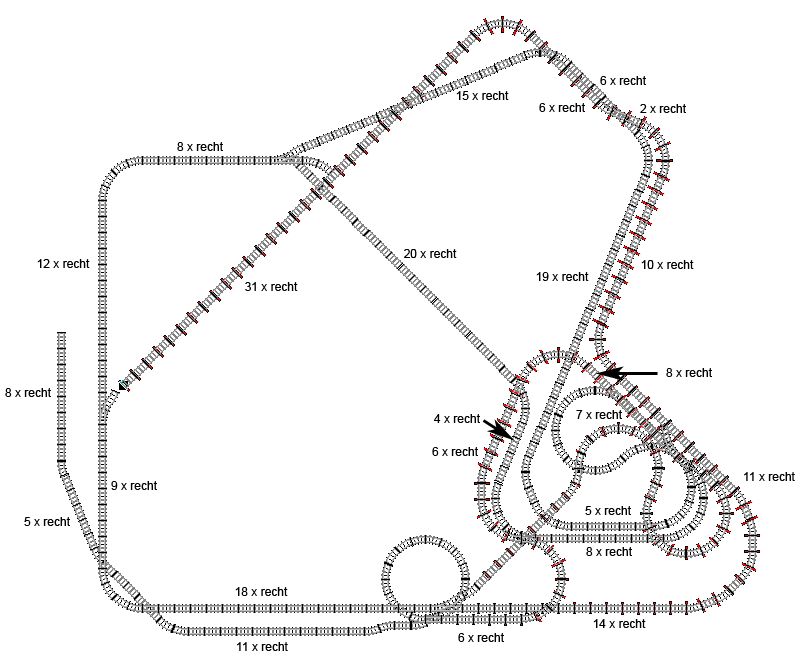